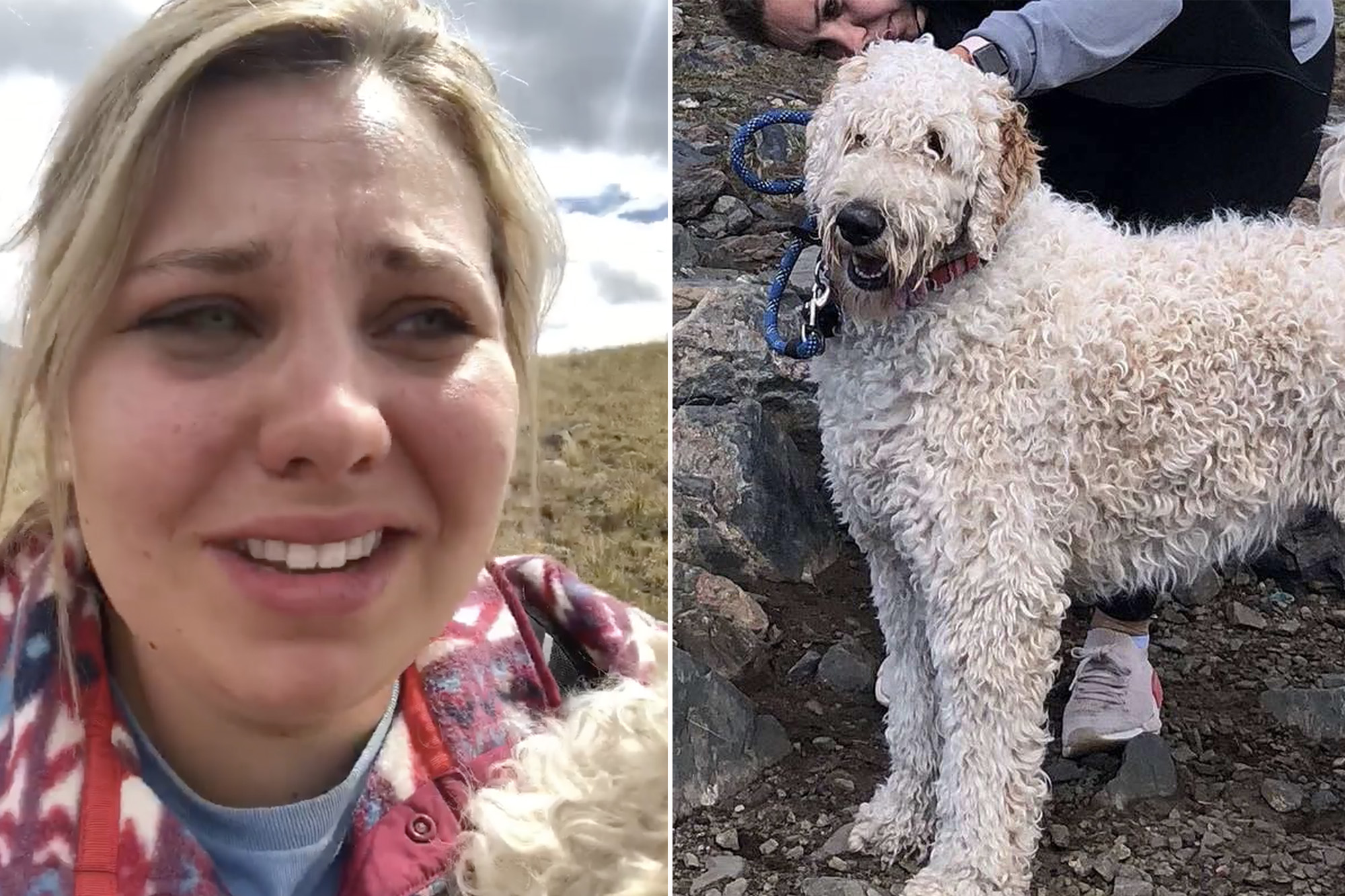 We can’t stop crying. Watch the moment Bentley sees his human weeks after the tragic event.

A young Kansas woman has been reunited with her lost dog 19 days after a tragic car crash killed her mother and flung her dog through the window.

“We were just driving along having a conversation and the next thing we knew we were going over the edge,” Samantha told KOAA News.

Jennifer did not survive the accident and Samantha had to be airlifted to hospital. But Bentley, their 1-year-old Golden Doodle, disappeared on the scene.

Samantha began searching for Bentley after being released from hospital. No one knew if he had survived the crash, but she refused to give up hope.

The community pitched in to help find the dog, and a Facebook group, Bring Bentley Home, began to share information.

Bentley was spotted 16 days later in the rocky hills of Colorado, near the crash site. How he survived as long as he did is a miracle.

“This guy [Bentley] has been what can only be compared to a mountain goat for the past 19 days,” said Samantha. “After the fatal accident where I lost my mom, Bentley was last seen running down hill from the accident. For the past 3 days he has been spotted far far above the accident site, laying amongst the rocks along the ridge of the mountain. Peering down at the Jeep wreckage, patiently waiting for his family to return.”

Samantha made the arduous hour-long hike to get up to the spot where Bentley was seen.

After weeks apart, Bentley was traumatized and seemed uncertain and hesitant to approach her. But with Samantha’s gentle coaxing, Bentley slowly approaches her until he was finally back in her arms.

“My heart is BURSTING” Samantha wrote minutes after their reunion on Facebook. “Thank you from the bottom of my heart to everyone who shared, liked, handed out flyers, spread the word, or sent kind words, or any of the millions of ways people have shown their kindness since the accident. The world has so many amazing people in it, I am SO unbelievably grateful.”

She later shared that Bentley is in good spirits and good health and that hit has been “nothing but tears and celebration” since finding him. “Bentley is okay, he’s a little malnourished and dehydrated. But otherwise no noticeable injuries. Thank you to everyone who played a role in bringing this sweet boy home. I know the past 19 days, God and my beautiful momma have been keeping an eye on him.”