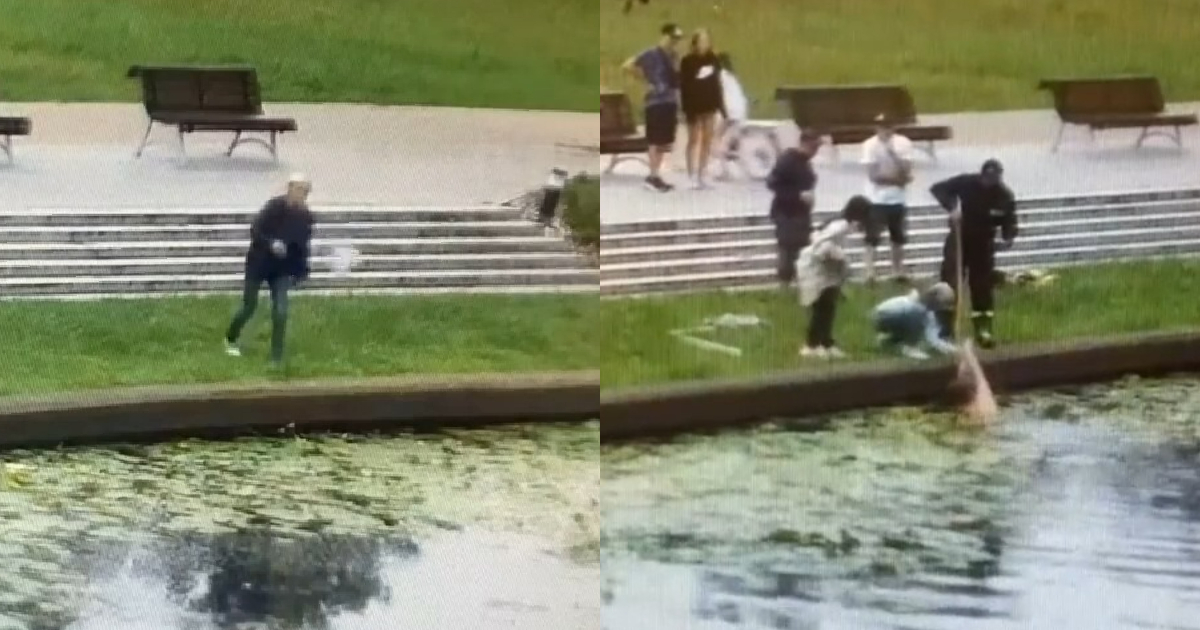 The woman is being hailed a hero for saving the tiny felines from a terrible fate.

For most of us, we could never imagine doing anything to cause an animal physical pain. I’m sure there are many of us out there who feel absolutely mortified any time we’ve accidentally stepped on our pets’ paws.

I remember accidentally stepping on my cat’s paw in high school, and it took me a whole two days to stop feeling bad about the accident. That is why it is so hard to wrap my mind around someone who is actively harming an animal – especially an animal that is still a little baby.

Unfortunately, there are very cruel people out there in this world with no regard for another being’s life. Case in point, a woman who had no issue with tossing a group of tiny kittens into a river in a plastic bag.

Fortunately for the pint-sized felines, help was on the way. The kittens were discovered by a group of kids who were playing by the banks of the Tuga River in Nowy Dwór Gdański, an area in northern Poland. The kids rushed to call the emergency services and the firefighters showed up. However, they could not reach the plastic bag with the kittens because their poles were too short. That is when a bystander stepped in to save the day.

A woman named Mrs. Klaudia happened to be in the vicinity with her four-year-old daughter when she saw what was going on. That is when she decided to strip off her clothes and swim after the plastic bag in order to reach the kittens. Upon opening the bag, it was discovered that there were three newborn kittens inside. Unfortunately, one of them had already passed away by the time help arrived.

People wanted to know what happened, so the Pomorska Policja started an investigation. They released surveillance video footage that showed a woman approaching the water’s edge with a plastic bag in hand.

She coldly tosses it into the river and then walks away. Based on the footage, the police were able to make a successful arrest. A 67-year-old woman in the neighborhood was responsible for the act of animal curtly, and she was arrested and charged accordingly.

What do you think of the rescue? Let us know!