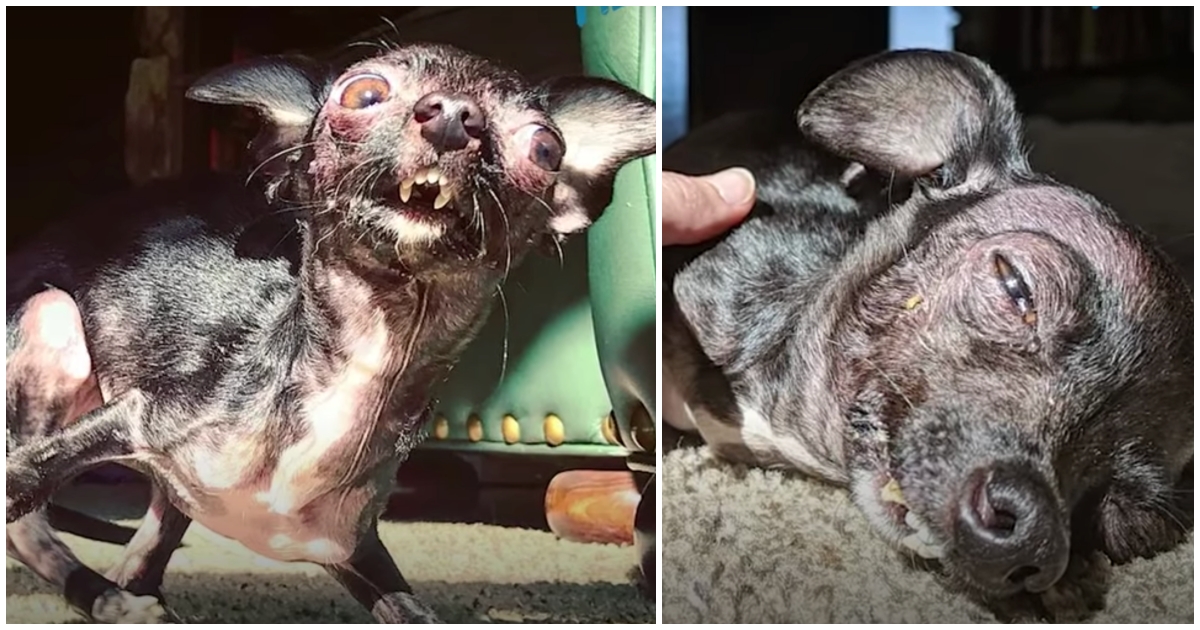 Every dog deserves love. Especially this one

When this tiny dog, named “Freddie Mercury” was languishing in a shelter, it was hard to see beyond her appearance. She had to have 17 teeth extracted. Her tiny body was permanently contorted and one paw grew at an odd angle. Still, this pup deserved a good life. However, it was tough for people to see past her appearance.

Luckily, there are angels out there that don’t put much stock in what an animal looks like. They’re focused on what that animal deserves! One woman, named Angela, has the kindest heart. She saw Freddie in the shelter and couldn’t leave her there, knowing no one wanted her.

Angela brought Freddie home. The first time she saw Freddie struggling to stand and walk, she had a lightbulb moment. She knew Freddie would be a challenge, medically, but she would be steadfast and patient. That was what Freddie needed!

Freddie’s new mom showed her what it was like to be unconditionally loved. As Freddie became more confident and realized her mom was a permanent fixture in her life, she began to thank her on a regular basis. She would shower Angela with the sweetest kisses. Freddie would roll onto her back as if to say, “Thank you, Mom, for saving me!”

Freddie’s mom was continuously asked how she could put so much effort and love into a dog that may not live long and her answer was simple: because she deserves it! She added that life was short and you just have to live for today. Angela is a wise woman!

Since bringing Freddie into her home, the little dog’s personality has truly transformed. She is more confident knowing she’s loved and she’s safe. She wakes up every day knowing she will have whatever she needs. She has animal siblings and a mom who adores her.

Many people thought Freddie looked like a monster but not Angela. Angela thinks she’s absolutely beautiful! This rescue story will forever be one of our favorites. Dogs with special needs deserve just as much happiness. Don’t deprive yourself! Check out Freddie’s rescue story below!