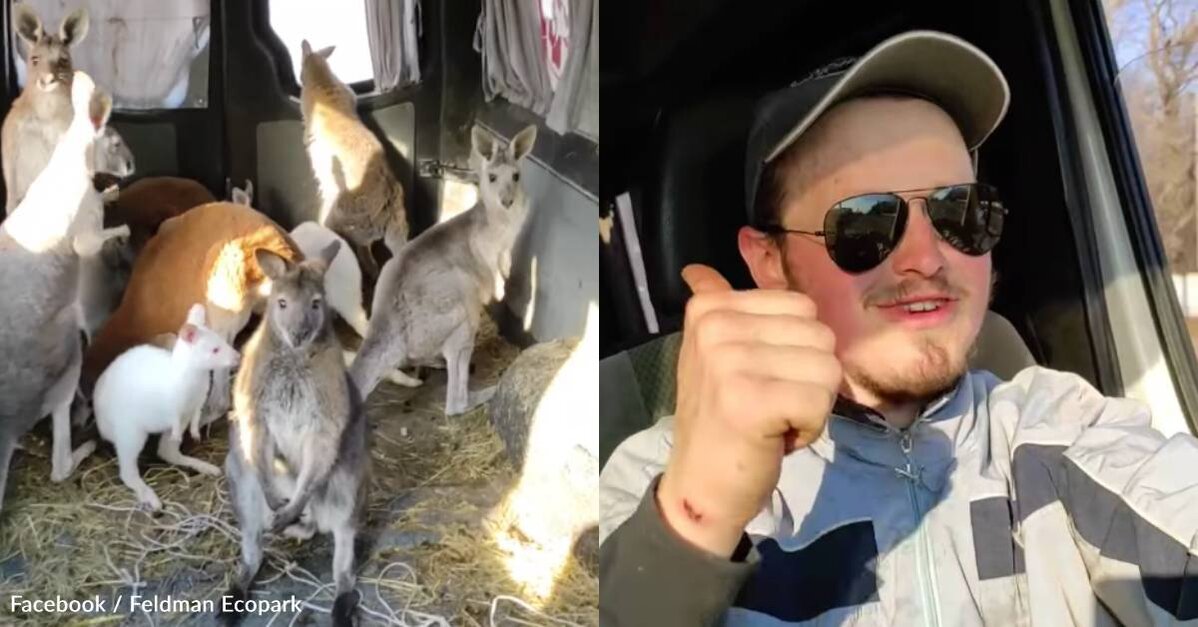 Feldman Ecopark in Kharkiv has dealt with repeated Russian shelling, which has taken human and animal lives. They recently shared a bright spot, as a volunteer drove a van full of kangaroos to safety.

As Russian shelling continues throughout Ukraine, many residents have been fleeing to safety. It’s not just people who need to flee, though. Zoo animals are also in danger, and one zoo in Kharkiv has been working to get animals out in batches. The latest was a group of kangaroos, which were driven out safely in a van by a volunteer.

In a widely-viewed Facebook video, Feldman Ecopark shared footage of a group kangaroos sitting in the back of a cleared out van packed with hay. The driver speaks for a few seconds at the beginning and then points back to his cargo. The camera pans to the marsupials, calmly waiting to be taken to safety after their home was battered by Russian attacks.

In the post, the zoo said this group of animals had been successfully moved away from the danger. They wrote, “These kangaroos were taken out the day before yesterday, that is, now they are already safe. This is very nice, because their enclosures, unfortunately, were repeatedly shelled. We believe that now they will be fine!”

The kangaroos aren’t the only ones who have faced destruction to their enclosures. In a post a few days later, the zoo wrote that they were working to feed the remaining animals on the premises, and each day, there was more destruction to be found. The destruction has unfortunately spread to some of its inhabitants, too, with a mandril named Stepan killed. Two people who had been feeding the animals were killed, as well.

Amid all this chaos, the zoo has been able to get animals out in small batches, which they said is due in large part to volunteers. The park says more than 3,500 kind-hearted animal lovers have helped evacuate, treat, and feed the animals. It’s not just animals, though. The zoo’s “Help a Neighbor” program has also been instrumental in distributing supplies to the residents of Kharkiv as they weather repeated attacks. They’re welcoming volunteers for that effort, too.

Of their work amid the chaos, the zoo says, “We will definitely continue this work and finish it. Every life, whether human or animal, is worthy of fighting for its salvation.”