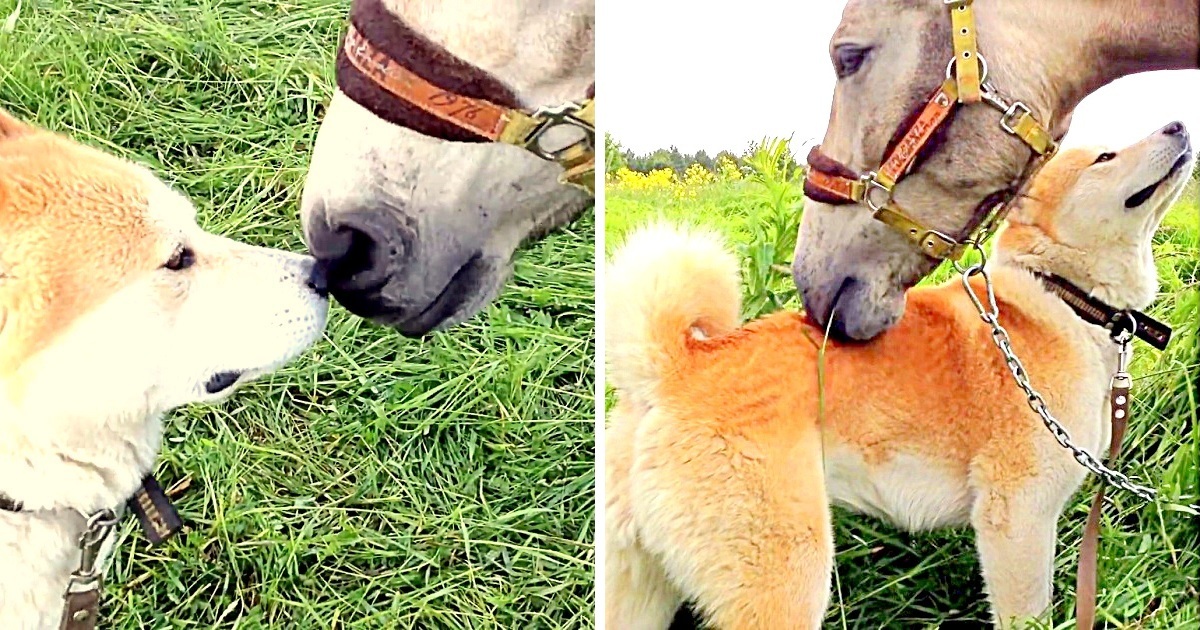 The horse and the dog were separated for 7 long months. When they finally reunite, it’s an overload of emotions for both of them!

Rita the horse always shared a very strong bond with Balu the dog. The pair were often seen hanging out together in their ranch. But no one understood the depth of their friendship until Rita was separated from the ranch.

One day, Rita had wandered off outside and ended up being captured and confiscated by a local farmer. As the farmer refused to give her back, Rita’s owners had to sue him. After 7 long months of legal battle, Rita was finally released back to her owners.

In this video, we see Rita’s emotional return to the ranch. She looks haunted after months of turmoil. The moment Rita spots Balu, she runs to him and breaks down in relief. She holds back her tears as she hugs and kisses her doggie best friend. Balu too is overwhelmed with feelings as he tells his equine buddy how much he missed her!

Balu and Rita share a very special and precious bond that transcends across species. This reunion video beautifully captures the love they have for each other. We hope Rita and Balu never have to live apart again!

Click the video below to watch Rita and Balu’s tear-jerking reunion after months of separation!