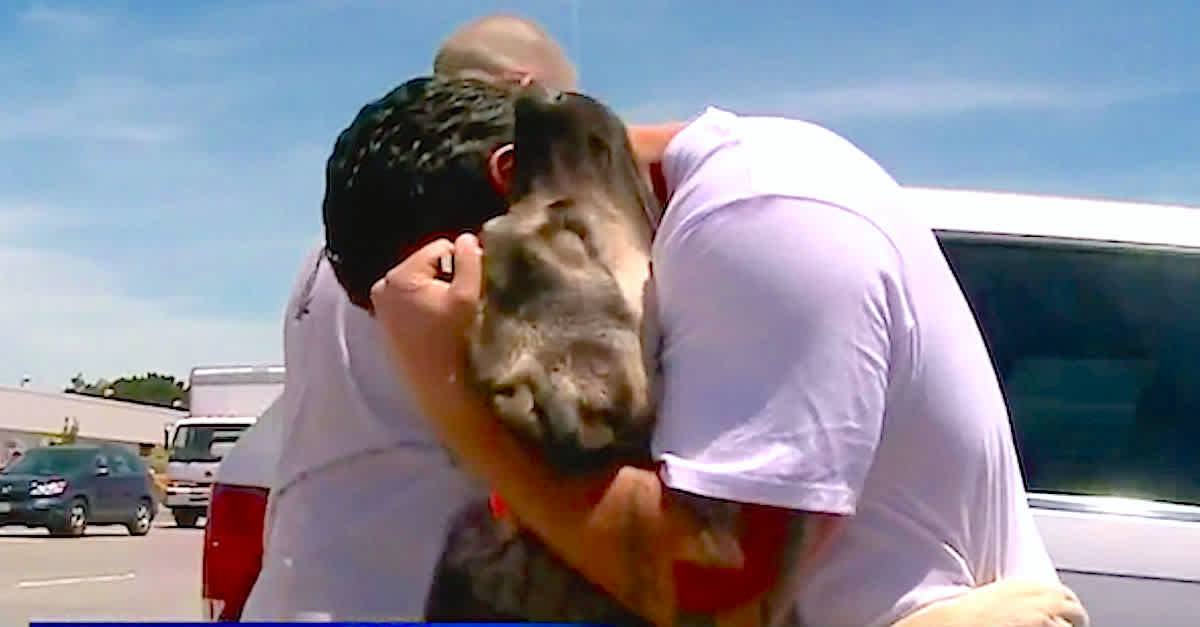 Former Army Specialist Ken Wyrsch fell in love with a stray dog named Ollie while he was serving overseas — so much so, that he even arranged for the dog to be flown to California when his time in Iraq came to an end. It’s hard to say who was happier when they reunited!

Being away from home, living in a war-torn country is both scary and isolating. For one soldier, a new best friend made his days more liveable. Until one day, the soldier had to leave his best friend behind and it broke his heart.

Ken Wyrsch met a stray puppy near the army base in Iraq. Immediately, the pup, he named Ollie, gave Ken the comfort he desperately craved. The other soldiers on base who met Ollie also fell in love with him. He was such a wonderful addition to the hardworking crew. Ollie would wait on base when the soldiers were on missions and anxiously await their return. Coming “home” to his wagging tail and furry hugs reminded the soldiers that there’s a world, and a life, far beyond the vacuum they were living in.

Then, Ken got some upsetting news. The army base was being shut down. While it was a relief he would be sent back home to California, the closure of the base meant Ollie would be back on the streets. Due to strict customs laws, Ollie could not just board a plane and come home with Ken.

Ollie would have to fend for himself in a place that didn’t care that he was sweet, affectionate, and loyal. In fact, his demeanor would likely get him killed. So, Ken contacted SPCA International to see what they could do.

One month later, after many generous donations, Ken and Ollie were back together again. Their reunion is so heartwarming, I had to watch it twice!

Ken said it best, “You don’t leave a friend behind.” And that is true! Check out their story and reunion in the video below!