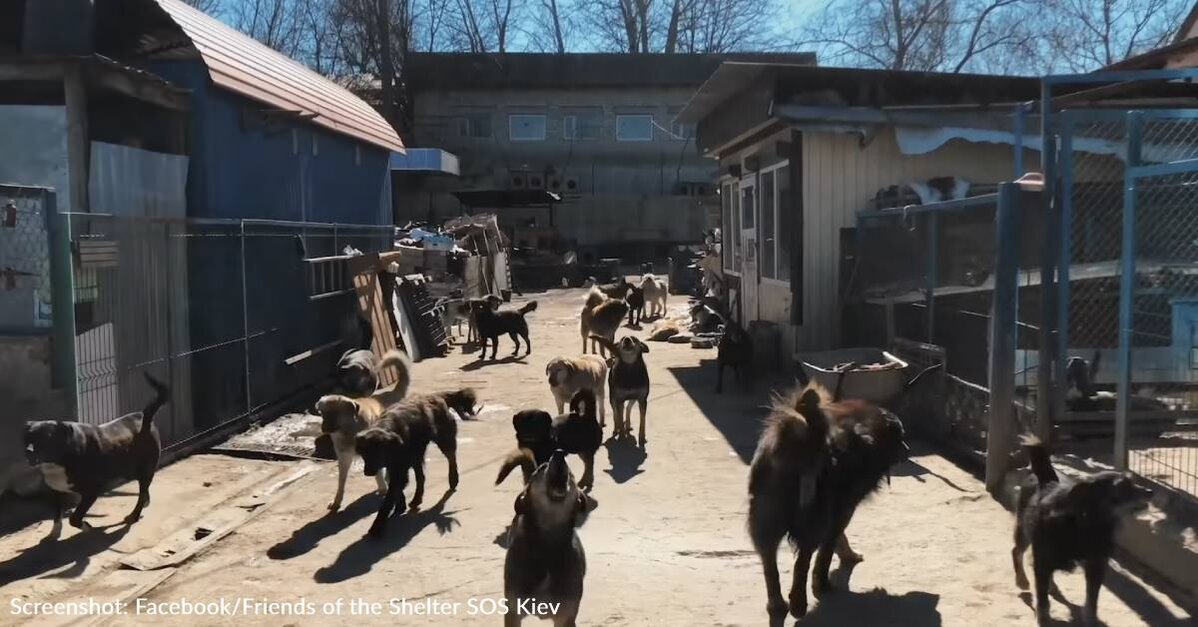 Some call them “crazy” to stay behind, but most people see them as heroes.

Tamara Tarnawska, a former journalist turned animal shelter founder, is risking her life to feed and care for over 1000 dogs and 300 cats at her animal shelter, SOS Animal Shelter, in Kiev.

The city is under heavy bombings and attacks by Russian forces and no one in safe. Food and supplies are hard to obtain for animals and people.

Tamara has devoted most of her life to saving animals and won’t abandon them now when they need her the most. She is joined by three shelter workers who have decided to remain behind to help look after all the dogs and cats.

Everyone is hungry and afraid, but help is on the way.

Tomi Tomek, president of the SOS Chats Noiraigue Foundation, is collecting donations for the shelter and in regular contact with Tamara.

“We hope from the bottom of our hearts that Tamara, the animals and her team survive this terrible war. We are currently collecting donations for SOS -Animals kyiv. At the moment many new animals are arriving at the shelter, as some people fleeing Ukraine cannot or do not want to take their animals with them,” wrote the foundation.

They went on to say, “When the situation is resolved or calmer, Tamara will need a lot of money to pay for cat and dog food, to pay veterinary expenses for the care of animals injured during this war and for necessary repairs.”

Animal welfare organizations in Ukraine and other countries are helping by sending financial aid and much-needed pet food. Large bags of pet food were recently delivered to the shelter and a video shows the dogs wagging their tails with excitement and gratitude.

The video stated, “The animals in the shelters need our help. And will be extremely grateful to anyone who can help us survive this difficult time for all of us. Don’t leave our friends.”

Tamara and the others who have stayed behind have been called “crazy” by some people, but many more call them heroes.

Join us in helping feed and care for the people and pets in Ukraine by donating here.