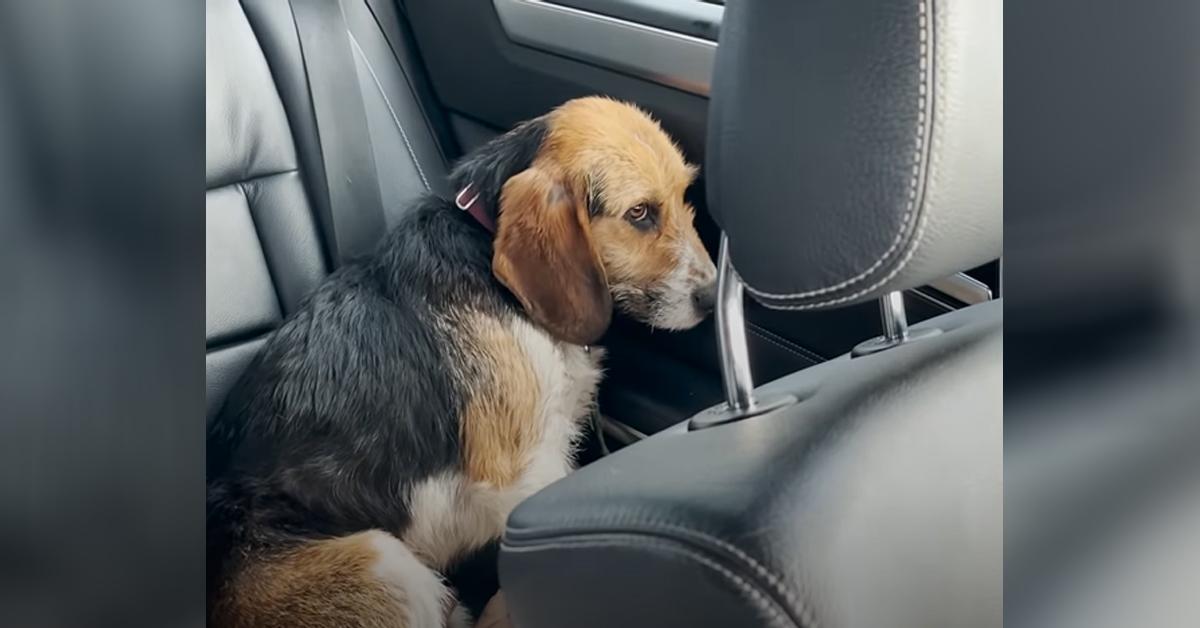 He didn’t trust anybody at first. But now? Just watch!

A rescue dog named Walt was so scared when his new adopted family brought him home. He couldn’t make eye contact with them during his freedom ride. He didn’t know how to come inside a house. He was scared to enter rooms. He would sit and stare at the walls for hours. He wouldn’t even sleep in a soft bed.

Kelly, who adopted Walt, explains in the video (see below) that she had never had a dog like Walt before, but she knew that someone in his past had seriously failed him.

Walt’s new family gave him space and time and little by little, Walt started feeling safe. Whereas he first flinched when Kelly tried to touch him, now he began to put his head under her hand to ask her to pet him. He also loves his doggie companion and the two cuddle together in a soft bed.

His transformation from a frightened, unloved dog to a happy family member is wonderful to see!