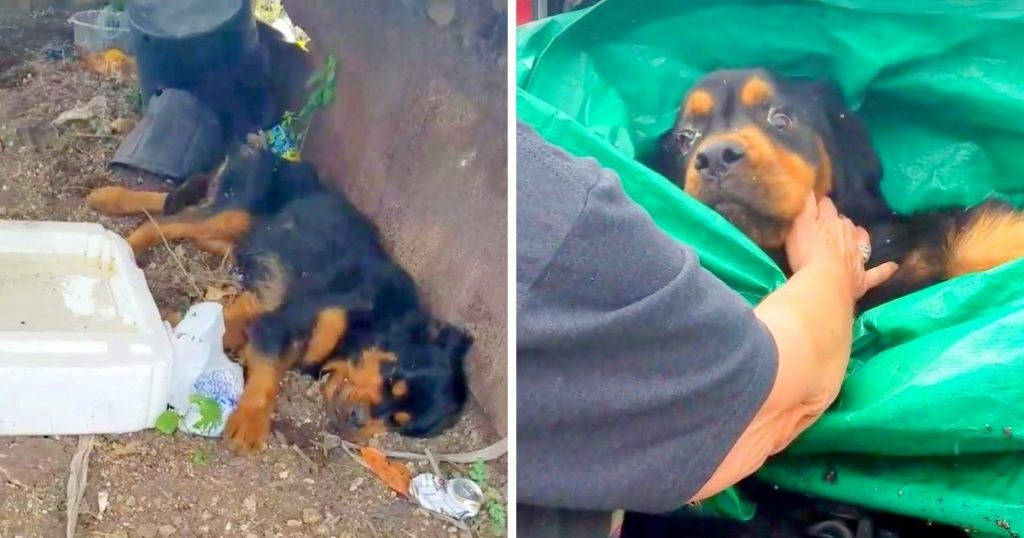 A Rottweiler named Susanna was found by Isabel Zapata and her friends in a dumping ground in Florida. Susanna was covered in flies and seemed to be delirious with starvation and dehydration.

Isabel noted that Susanna was completely immobile, she wasn’t even able to move her tail. The poor dog just looked on with her bleak eyes, waiting for the end. Isabel and her friends weren’t sure of her chances of survival, but decided to help her nevertheless.

Susanna eventually ended up with Gulfstream Guardian Angels Rottweiler Rescue (GGARR). As she received emergency care in the hospital, the rescuers learned that Susanna’s paralysis was due to her ex-owner’s extreme abuse and neglect.

Susanna had deformed legs with arthritis that was a result of stunted growth from being kept in a crate all her life. She was also mercilessly used as a breeding dog that further ruined her health.

However, Susanna was a fighter. She grabbed her second chance whole-heartedly and impressed everyone with her quick recovery. With rehabilitation, she was eventually able to walk on her own again! Today, she is thriving in her forever home, safe and sound from the horrors of her abusive past!