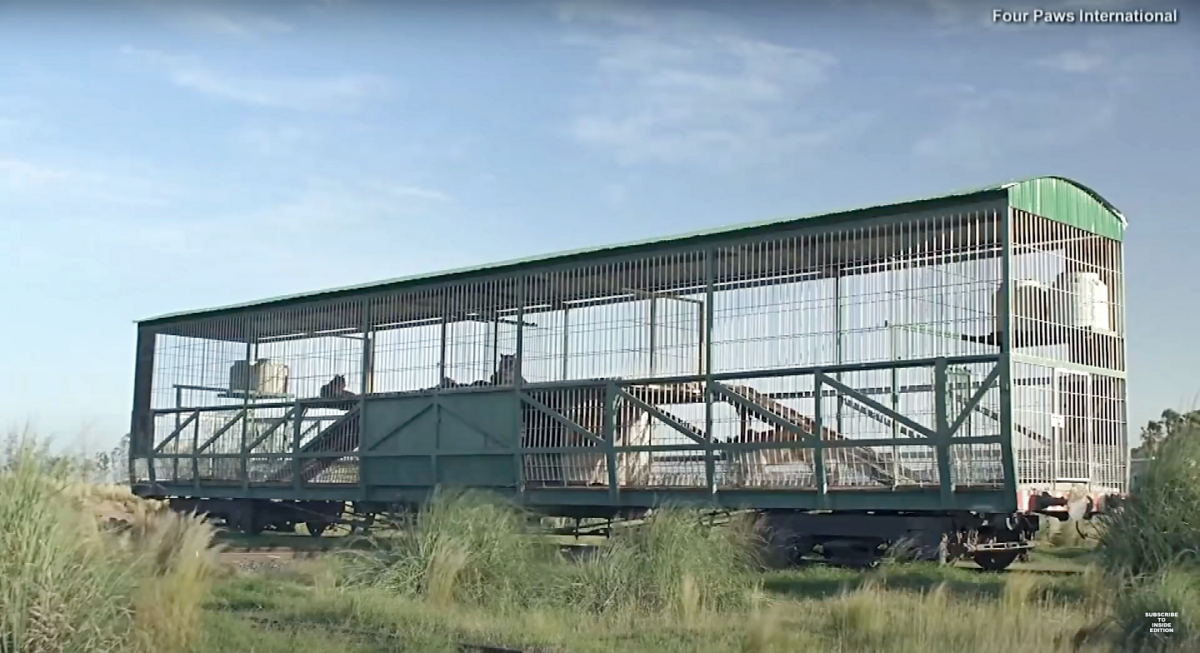 By rescuing these four tigers in Argentina, we provide a better life for them individually and create awareness for all animals globally to be treated with respect, empathy and understanding.

Four tigers who had been living in a train car for the past 15 years are finally rescued and being brought to a sanctuary.

Back in 2007, a traveling circus asked a local farmer in San Luis, Argentina, if he could take care of two tigers that were housed in a train carriage for six months. The train car was on the farmer’s land.

The farmer agreed, but the circus never returned, which left the farmer to deal with the two tigers. He fed them and looked after them, but it became even harder when the two tigers mated and gave birth to two more tigers.

Since it’s illegal to keep wild animals in Argentina, the farmer kept it a secret and tried to care for them over the years, but a train cart is no place for a tiger to live.

When Argentinian authorities learned of the situation, they started looking for a way to help these tigers, since they knew they couldn’t be re-homed locally. Thankfully, Four Paws offered to help authorities with rescuing and relocating the tigers.

“According to a local veterinarian who went to check the tigers from a distance on behalf of Four Paws, they seem to be in good physical condition, however, all the years in such a confined space still will have taken a toll on their physical well-being, and even more so on their mental well-being. They were unable to live out any natural behaviors and must have been bored out of their minds,” Four Paws spokesperson Katharina Braun told Newsweek.

The four tigers will be transported to Lionsrock Big Cat Sanctuary near Bethlehem, South Africa, where they will live with more than 100 other rescue animals.

The tigers will have large areas to roam around in, where their natural behavior will be encouraged.

Hear more of this rescue story in the video below: