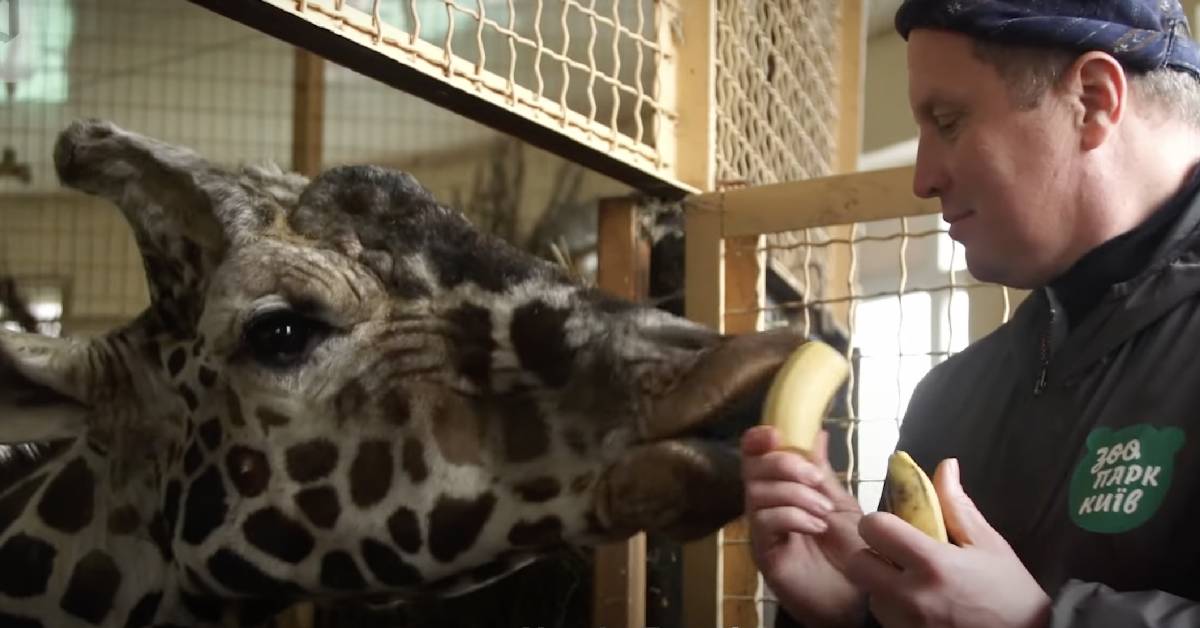 They have no space to hide or run,” the zoo’s director told The Washington Post. “Once they’re out of the zoo, they have fewer options than any human. It’s going to be the streets with tanks.

When Russian troops invaded Ukraine, innocent people weren’t the only ones in danger. This brutal war of aggression, which has already caused over 1 million people to flee, has also left countless animals in crisis.

This includes 4,000 animals living at Kyiv Zoo, where zoo staff and their families are risking their lives to help animals trapped in Ukraine’s war-torn capital city.

According to The Washington Post, about 50 zoo staff and their families have moved on site to help feed, care for, and comfort the animals. Many animals are frightened by the steady gunfire, bomb blasts, and loud air raid sirens, but they have nowhere else to go.

The zoo’s terrified 17-year-old elephant, Horace, even had to be put on sedatives to help him withstand the sounds of the nearby fighting.

“They have no space to hide or run,” the zoo’s director, Kyrylo Trantin, told The Washington Post. “Once they’re out of the zoo, they have fewer options than any human. It’s going to be the streets with tanks.”

Now brave employees do their best to comfort the trapped and frightened animals, which include Horace, zebras easily panicked by gunfire, and a baby lemur whose mother abandoned him in her distress.

During air raids, zoo staff and their families–who are also growing lettuce on-site to help feed animals when their stockpile of food runs low–shelter in an underground birdhouse and empty aquarium that now double as bomb shelters.

In a perfect world, the zoo could simply relocate these animals, although this would be difficult for the zoo’s larger residents, including Horace, two giraffes named Rybchenko and Dguto, and a gorilla named Tony–even without the battle raging outside. Such a feat is impossible during a war.

Instead, zookeepers–who even sleep beside Horace to comfort the elephant when he wakes up in a panic after hearing loud noises–are doing their best to manage the elephant’s (and other animals’) physical and mental health. “If a rocket or shell lands, they know how to calm him down,” the zoo’s director told The Post.

Meanwhile, zoo staff is desperately hoping their zoo won’t be badly damaged like other zoos in Ukraine, where animals have been injured and killed. This includes Feldman Ecopark Zoo in Kharkiv, which sustained massive damage as Russian troops invaded the Ukrainian city.

Please make an emergency donation to send emergency aid to help people and animals affected by the crisis in Ukraine. Together we can help the millions of innocent victims affected by Putin’s War.

Find out more in the video: